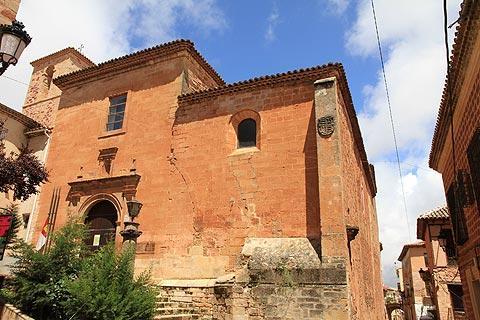 Alcaraz is in the province of Albacete in the Castilla la Mancha region.

Alcaraz was once an Arab town and was also an important town at the time of the Reconquest. Wealth came with a flourishing carpet industry but this has now gone.

As well as being a beautiful town Alcaraz is surrounded by an impressive mountain scenery. 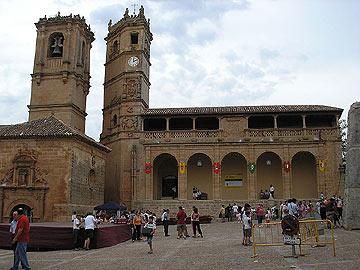 The heart of Alcaraz is its 16th century Renaissance square, the Plaza Mayor with its two attractive towers - the Tardon and the Trinidad. On the square there is also the Lonja del Corregidor, an 18th century exchange market, with Plateresque decoration. The Plaza Mayor is one of the most beautiful in Spain and has arcades on three of its sides.

The church of the Holy Trinity is Gothic in style and dates from the 14th and 15th centuries. As well as its distinctive tower it also has a cloister which was built in Renaissance style.

Around the square are attractive narrow streets which are a pleasure to wander through.

On a hill overlooking the town are the ruins of the Chateau of Alcaraz. Also on the edge of town are the remains of a Gothic aquaduct.

Alcaraz is a Historic-Artistic site for its monuments and the surrounding mountain scenery.

The Sierras of Alcaraz and of Segura can both be visited from Alcaraz.

If you get a chance visit Villanueva de los Infantes to the west. This also has a very attractive Plaza Mayor, this time in Neo Classical style.

Map of Alcaraz and places to visit