Casares is a beautiful 'pueblo blanco' or white village in the Western Costa del Sol to the south west of Ronda and west of Marbella.

The white cubes of the houses look like they are tumbling down the hill from the Castle of Casares which sits at the highest point of the village. The castle has Arab origins some towers remain as well as some of the wall and two gates called the Arco de Arrabal and the Arco de le Villa, the latter was home to the Casares Museum of Ethnology and History but is now a souvenir shop. 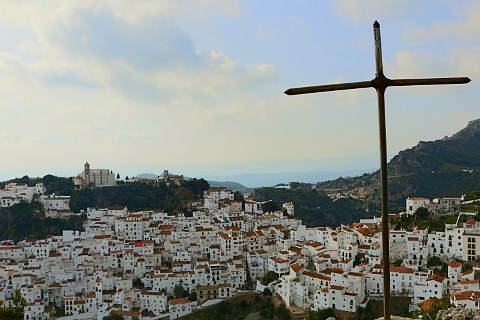 Next to the castle is the church of Nuestra Senora de la Encarnacion which was built in the 17th century and has an attractive bell tower with Mudejar influence. This is now a cultural centre. Next to it is the Santa Catalina convent. From the castle and the church you can get fabulous views over the town.

The main square in Casares is the Plaza de Espana which has a fountain which once brought water to the village and also a statue of Blas Infante who is considered the father of Andalucia. Nearby is the house where he was born which is now a museum and the tourist office.

The 17th century Hermitage of San Sebastian is home to the image of the Virgin de Rosario (Our Lady of the Rosary) who is the Patron Saint of the Cesares.

An iron cross on the edge of the gorge maks one of the spots used to hurl enemies off the edge and into the gorge below during the ferocious civil war. On the other side you can enjoy views over the coast and to the Rock of Gibraltar.

Casares also has a couple of kilometers of coastline ( a drive away) and two high-end golf courses, Finca Cortesin Golf Course and the Dona Julia Golf Club. 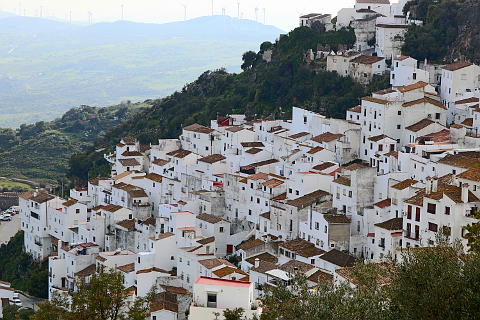 Casares is considered to be one of the most beautiful villages in the Malaga province and in Spain and is a Historic-Artistic Site.

There is a visitors car park on the west side of the village and from here there is a walk to the top of the hill and with excellent views over the village. There are a number of walks signed from the village. The Sierra Cristilina is a popular walk and so is the walk along the river valley to Manilva, a neighbouring village.

Ronda is another 'white village' and is one of our favourite villages in Spain. It is situated on either side of a deep canyon and is well worth a visit. Marbella is one of the more chic resorts of the Costa del Sol and well worth visiting for its Moorish charm.

Map of Casares and places to visit

Places to visit near Casares 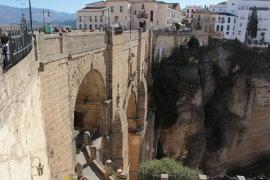 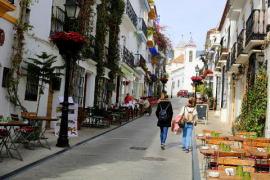 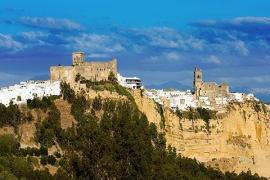