Cullera is a popular holiday resort near to Valencia in the Valencia Murcia region of Spain. It is particularly known for its beaches many of which have the Blue Flag award.

Cullera sits either side of the River Jucar as it meets the Mediterranean Sea. The older part of the city is to the south and the newer tourist distric has built up along the coast. Behind the town is the Cullera mountain where you can't miss the huge letters spelling out Cullera on the mountain edge.

More interestingly on the mountain there is a 13th century Moorish fortress. As well as the towers the 19th century Sanctuary of the Virgen del Castello is inside the fortress and is the location every year of a festival celebrated the week after Passover. 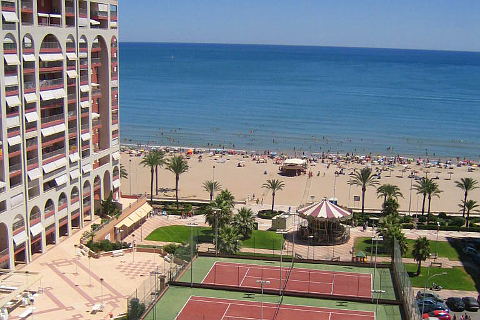 It is a bit of a hike up to the castle but from the top you get great views over Cullera and the sea and the rice fields. You can drive but parking is limited. The castle is a 'Heritage Site of Cultural Interest' and is home to Cullera's Museum of History and Archaeology.

Also at the fortress is the Santa Ana Hermitage and the Tower of la Reine Mora. On the other side of the hill is the Cullera lighthouse and the Dragut cave which is a cave-museum with a Gothic chapel. The pirate Dragut is said to have lived in the cave at one time.

However it is for the beaches that most visitors choose Cullera. Cullera sits in the Bahia de los Naranjos, a large bay with long sandy beaches. There are eleven beaches to choose from in the Cullera area and many have the blue flag for cleanliness.

The beaches offer a good range with some perfect for families and others better for windsurfing or diving. Playa San Antonio is Cullera's main beach. It is long and sandy and has a wide promenade and offers assistance for disabled visitors. The water is shallow and the beach is a favourite with families. Playa Raco is another favourite and has lots of facilities including windsurf rentals and there are lots of bars and restaurants along its promenade. 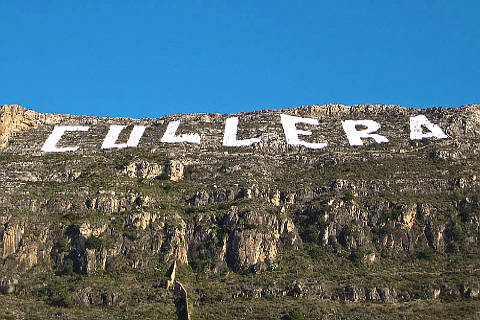 Playa Escollera is also next to the town but a little further from the main hotels and so remains a lot quieter. If you want to go diving or do some fishing head to Faro beach by the lighthouse.

Cullera is on the edge of the Albefura Nature Reserve and the park is lovely for walking or for a boat ride on the lake.

If you are holidaying with children you may want to visit the Aquapark, Aquopolis Cullera which has a range of slides for all ages.

Valencia is just 40 kilometers away and is a great city with lots to see and do.

Map of Cullera and places to visit

Places to visit near Cullera 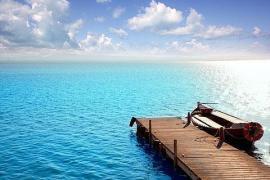 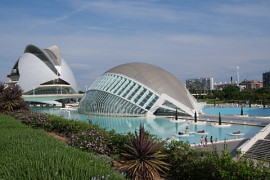 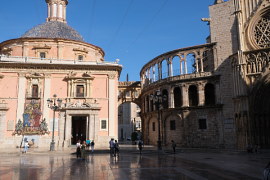 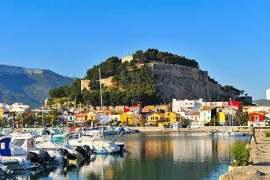 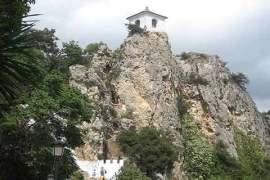 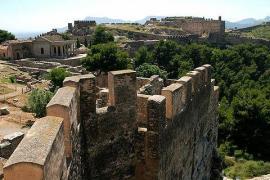