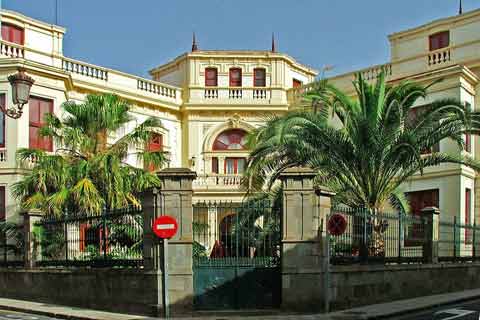 La Laguna whose full name is San Cristobal de La Laguna, is situated on the north of the island of Tenerife, one of the Western Canary Islands. It is a beautiful town and a UNESCO World Heritage Site.

Spain This Way comment: San Cristobal de la Laguna is a charming town with colourful colonial style houses adorned with balconies and pretty patios. It is one of the prettiest of the Tenerife towns.

If you are visiting Tenerife La Laguna is a must. La Laguna's town plan became the model for new towns built in the Americas. These include Old Havana in Cuba and Cartagena de Indias in Colombia. Its streets are filled with colourful buildings, beautiful old villas, palaces and buildings of the 17 and 18th centuries. The old town is very well preserved and is a UNESCO World Heritage Centre. 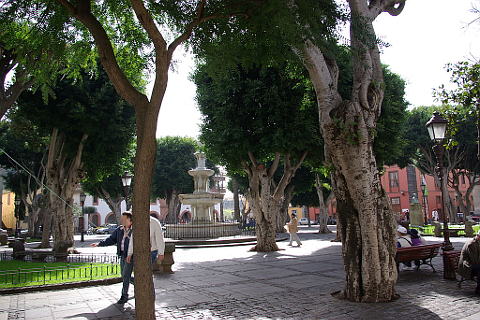 La Laguna was the capital of Tenerife until 1723 and is home to the University of San Fernando which was the first to be built on the Canary Islands. It is Tenerife's second largest town which means it also has great shops and a lively night scene.

The church of Nuestra Senora de la Concepcion is a particularly lovely with its Mudejar (kind of Moorish style) wooden ceiling and a stone tower.  You can climb the tower and get some excellent views over the town. The church is extremely similar in design to the church of the Conception of Santa Cruz de Tenerife. The Santa Domingo church is also worth a visit. 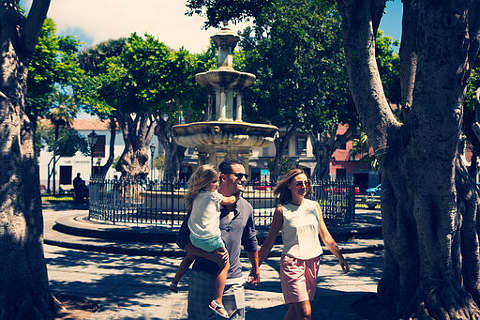 The Plaza del Adelantado is a another fine square and is home to the town hall, a convent and the lovely Palacio de Nava are around its edges.

Whilst here be sure to go to to the Parque de los Dragos near the university to see the amazing dragon trees.

La Lugana has an airport, the Los Rodeos, which is used by various low cost airlines and so making visits to La Laguna and to Tenerife easy to organise.

Take a drive into the Bosque d'Esperanza a large pine wood on the edge of La Laguna. Drive through the woods and there are some great viewpoints with views over Santa Cruz and Puerto de la Cruz and the volcano Le Teide. There are plenty of walking trails in the forest if you have time to stop and explore.

La Orotava is another elegant town and worth a visit.

You can find more local travel ideas in the Westeren Canary Islands guide.

Map of La Laguna and places to visit

Places to visit near La Laguna 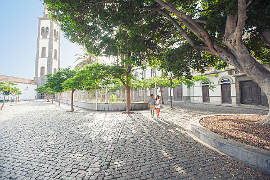 Santa Cruz de Tenerife has plenty to see and is the capital of Tenerife. The most popular beach is Las Teresitas made by importing tons of Saharan sand. 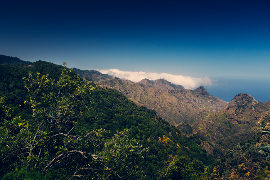 The beautiful Anaga Rural Park is home to the Anaga mountains and the ancient Mercedes forests. 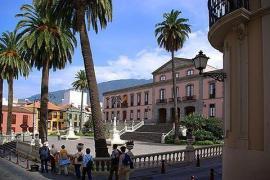 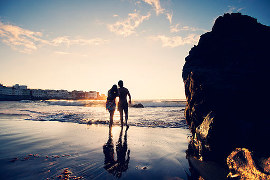 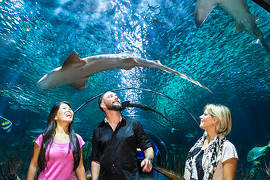