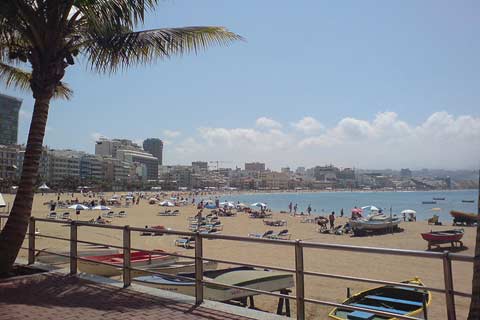 Las Palmas is the largest city on the Canary Islands. It is also the capital of Gran Canaria and is situated in the north east of the island and runs along the edge of a long beach. The heart of Las Palmas is its Vegueta district, the oldest quarter of the city and now a UNESCO World Heritage site. The city dates back to 1478.

Las Palmas airport is about 20 minutes drive from the city centre.

In the Vegueta district of Las Palmas de Gran Canaria there is the beautiful and very Spanish looking cathedral of Santa Ana. This stands on a square whose entrance is guarded by two bronze dogs. Other buildings to see in the neighbourhood are the Palacio Regental, a lovely 17th century building, the Bishops palace (though sadly most of this was destroyed in a fire) and the Museo Diocesano de Arte Sacro with works of religious art.

In the same neighbourhood is the Casa de Colon museum. Colombus is said to have stayed in this 15th century mansion when preparing for one of his voyages. The building, which is an architectural delight, houses a collection of exhibits from Colombus' voyages.

Also in this historical quarter is the Museo Canario where you can find out the history of the Canary Islands. 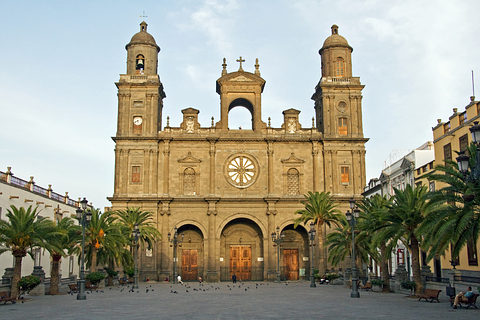 Another museum not to be missed is the Centro Atlantico de Arte Moderno. Concealed inside a fairly traditional mansion is an interiour transformed by walls of glass, making a perfect spot to exhibit works of art. The art is mostly avant-garde.

Triana is next to the Vegueta district and with La Vequeta is the main shopping centre of the town. Where Vegueta is medieval Triana has a more bourgeoise feel and has some impressive buildings built by local, Dutch and English (amongst others) wealthy merchants of the 18th, 19th and 20th century.

The Calle Meyor is a long pedestrianised shopping street and the best place to head for to do some shopping.

Las Palmas de Gran Canaria has a really good and very well kept city beach, the Las Canteras beach. It attracts sunbathers and surfers alike and is a great place for a stroll, stopping at an occasional bar or sampling the excellent ice-cream. The beach is 3km long and covered in golden sand. Make sure you come back in the evening as there are some great restaurants here.

Visit the Auditorio Alfredo Kraus at the southern end of the beach. This very striking building named after a famous opera singer of the Canaries has ten concert halls and holds many music events and an annual film festival.

At the northern end is Las Arenas a big shopping centre with bars, restaurants and a cinema.

At the heart of the Las-Palmas-de-Gran-Canaria is the Parque Santa Catalina is lined with cafés and bars and filled with palm trees (it is a square though really, not a park). This is where you need to come if you are looking for nightlife. In the day time it is a great meeting place and a lively shopping area. The large department store El Corte Ingles is by here.

An IMAX cinema and science museum can be found in Museo Elder. A particularly good museum for children.

If you want to catch the 'tourist bus' , which is a good way to see the town, then head for Parque Santa Catalina.

Garden lovers should head for the Parque Doramas, a large park with lots of flower beds and also home to the municipal swimming pool. The surrounding area is full of beautiful villas and embassies usually set in small but elegant gardens as this area was originally dominated by the English in the 20th century.

The Hotel Santa Catalina is situated here. This hotel was redesigned by Nestor Fernandez de la Torre. This is the hotel visited by royals and celebrities when they come to the island. If its beyond your budget you can still head there for a cup of tea on the terrace. The Museo Nestor, celebrating his work, is also in the park and Pueblo Canario (Canary Village), a village designed by Nestor.

Opposite the park there is an attractive yacht harbout and, close by, another sandy beach - the Playa de las Alcaravaneras.

Where to visit near to Las Palmas de Gran Canaria?

The incredible sand dunes of Maspalomas and Playa del Ingles are nearby. The Maspalomas sand dunes look like something from the Sahara desert! Puerto de Mogan is a pretty town with brightly painted houses. 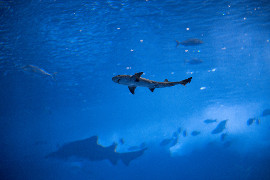 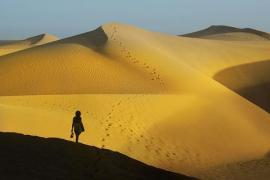 Maspalomas is a wonderful area of sand dunes with nearby beaches and resorts such as the Playa del Ingles but also with proteced areas. 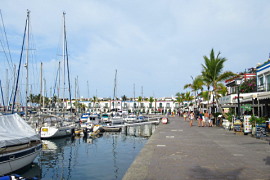 Puerto de Mogan is an attractive resort based around a small fishing village. More tastefully developed than the much larger Playa del Ingles.