Madrid is the beautiful capital and largest city of Spain and sits in the centre of the country. It is in the province of the same name, Madrid Province which is home to some fine historic towns and palaces. The historic centre of Madrid is home to some marvellous architecture, art and museums.

Spain This Way comment: Madrid is a beautiful city with some really fantastic museums and art galleries. It is also one of the best cities in Europe for its night-time appeal. Madrid is a great choice for a long weekend.

Start your visit at the Plaza Mayor both to get your bearings and to admire the simple beauty of this magnificent square. Sit and have a coffee at one of the many cafes in the square to get a chance to soak up the atmosphere.

The Plaza Mayor of Madrid was designed in 1619 by Juan Gomez de Mora who was responsible for many of the finest 17th century buildings of Madrid. The buildings around the edges have galleries with round and square openings and delicate slate spires. 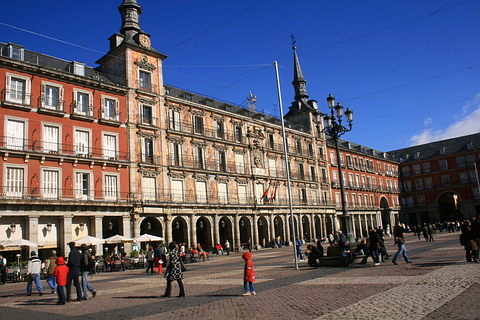 Today the Plaza Mayor is a meeting place and a place to sit for a drink or a meal. It has a grizzly past though as it was once the place of the 'autos-da-fé', the trials and executions of heretics during the Spanish Inquisition. The guilty were burned at the stake, garroted or hanged in the square.

The Plaza Mayor was also regularly used for bullfights with up to 50000 people packed into the square to watch and the Spanish aristocracy watching from their balconies. In the middle of the Plaza Mayor is a large statue of Felipe III on horseback.

West of the Plaza Mayor is another of the highlights of the old centre, the royal palace called the Palacio Real. This vast and beautiful building was built in the 18th century and was used by the Royal family until 1931. The current king lives in the Zarzuela Palace outside of Madrid but the Palacio Real is still used occasionally for royal ceremonies.

The Palacio Real is open for visits and you can admire the ornate decorations of the rooms and the collection of artworks including a number of paintings by Goya and five Stradivarius violins which are still used for concerts at the palace. The palace gardens, called the Campo del Moro, are also worth visiting.

After visiting the palace take a walk around the Plaza de Oriente on the east side of the palace. It is a beautiful square and also home to the Royal Theatre. It is now predominantly an Opera house and considered one of the best venues for opera in Europe.

Opposite the Palacio Real is the Cathedral of Madrid, the Catedral de la Almudena which was begun in 1879 but not completed until a century later. Its style is similar to that of the Palacio Real.

The Plaza Mayor and Palace Real are in the old part of Madrid also known as Habsburg Madrid as it was built during the Habsburg dynasty. Also in the Habsburg quarter is the Plaza de la villa which is home to the 15th century Torre de los Lujanes and also the 17th century Town Hall. which is an impressive Baroque-looking building but which was built in the 20th century and is called the Palace of Communications.

Also in this quarter is the Puerta del Sol which marks point zero for Spain's road system. It is also a large and vibrant semi-circle shaped square and is a popular meeting place 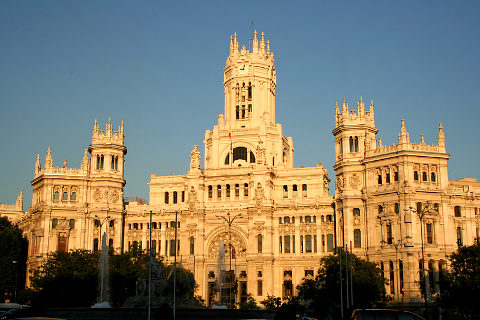 Madrid is known to be a world class destination for art and museums. East of the Habsburg area is the area known as Bourbon Madrid and this is home to Madrid's trio of phenomental museums, the Museo Thyssen-Bornemisza, the Museo del Prado and the Centro de Arte Reina Sofia.

The Museo Thyssen-Bornemisza lies to the east of the Plaza Major and is an 18th century palace housing an important collection of art works including major works by Van Gogh, Picasso, Goya and Rubens.

South of here is the Museo del Prado, one of the worlds top art galleries. This is an important part of a visit to Madrid and you will need at least half a day to admire the most important works which include art by Goya and Velazquez. There is also a collection by Hieronymus Bosch, one of our personal favourites, including 'The Garden of Delights' depicting heaven and hell.

The third of Madrid's main art galleries is the Centro de Arte Reine Sofia. The Reina Sofia collection of 20th century art is another unmissable gallery and includes Picasso's painting Guernica illustrating the horror of the Spanish Civil War.

The Museo Thyssen-Bornemisza and the Museo del Prado lie close to the Paseo del Prado which is a large gardenened open area with the Plaza de Cibeles to the north and the Plaza Canovas del Castillo to the south.

The Hotel Ritz, one of the best hotels in Madrid with a stunning belle époque interior is on the edge of the Plaza Canovas del Castillo. At the top of the Paseo del Prado Plaza de Cibeles has the huge Baroque looking Palace of Communications on one side. Whilst this looks Baroque it was in fact built in the early 20th century. A fountain and statue of The Roman goddess Cybele is in the centre of the Plaza.

North of Plaza de Cibeles is another of Madrid's phenomenal museums, (you really could spend a week in Madrid just exploring its museums) the Museo Arqueologico Nacional which has archaeological exhibits from prehistoric times to the 19th century mostly from Spain but also from other parts of the world. Underneat the museum is an exact replica of the Altamira caves in Cantabria.

A peaceful spot for a rest after all this museum visiting is the botanic gardens of Madrid, the Real Jardin Botanico to the south of the Bourbon quarter, or the huge Parque del Retiro which as well as its gardens has a rowing lake.

As well as its fabulous art and architecture Madrid is known for its nightlife. As evening falls the streets and bars fill up and its night time atmosphere is like no other. With great bars and restaurants and a wonderful atmosphere it is one of the highlights of a visit to Madrid.

Just a short distance from Madrid are two stunning Royal palaces. The El Escorial is a monastery palace and is one of Spain's top attractions. The royal summer palace at Aranjuez is also fabulous and is a UNESCO World Heritage Site as is El Escorial. Both can be reached as day trips from Madrid.

Map of Madrid and places to visit

Places to visit near Madrid 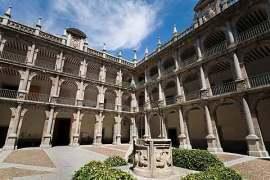 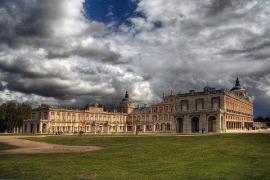 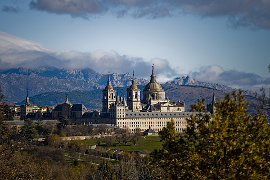 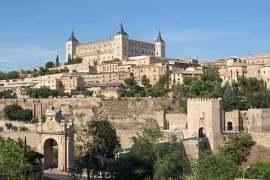 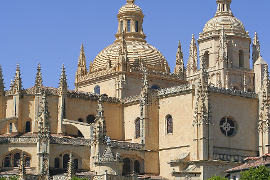