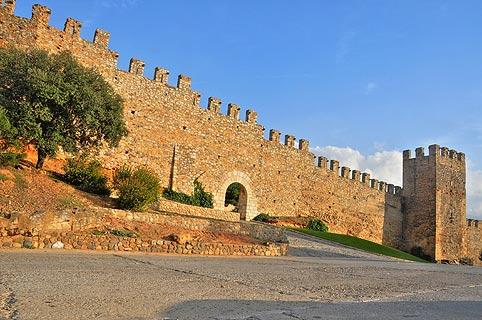 Montblanc is a medieval walled town in the Catalonia region. It is in the province of Tarragona.

Montblanc is a fine medieval town whose historic centre lies within its defensive walls. Just 9 km from the remarkable Monestir de Poblet, a UNESCO World Heritage Site, Montblanc is also well worth a visit.

Leave your car outside the walls and enter through the Bover Tower, a defensive gate and entrance into the old town. Wander around the lanes and old streets and admire the 13th and 14th century buildings as you walk.

The St Jordi gate is the spot where St George killed the dragon. There is a plaque marking the site of his legendary victory and Montblanc have a festival every April filled with dragons, fire and celebrating the victory of St George.

As you wander there are a number of Romanesque and Gothic monuments to see. If you wish to make sure you see them all there is a map on the medieval gate, the Portal de Boue.

On an evening head for the Placa Major and join the Spanish promenade or passeig, a very civilised way of spending early evening walking and greeting friends and neighbours.

Particular places to see in Montblanc are the Gothic church of Santa Maria with its ornate facade.  Also the Romanesque Sant Miquel and the Sant Marcel which contains the Museu Mares. The 13th century Els Jueus building was once Catalonia 's parliament building.

Outside of the medieval walls there is a lovely old stone bridge, a convent and the old hospital of Santa Magdalena.

There is a mound behind the Santa Maria which has excellent views over the town.

Highlights at a glance

The Gothic Santa Maria church with its Baroque facade.

The Gothic Sant Miguel church with its Romanesque facade.

The medieval area with its Gothic buildings including the 14th century Royal Palace, the 15th century Castla Palace, Alenya House and the 16th century Descleque house.

The 14th century walls surrounding Montblanc. Originally nearly 2km in length with thirty towers, more than half of the walls are still standing and two towers including the three storey St Jordi gate is in good condition.

The Jewish area along Carrer dels Jueus with a very medieval atmosphere.

Be sure to visit the Monestir de Poblet, a very beautiful monastery. There is another important Cistercian monestery nearby - The Santes Creus Monastery at Aiguamurcia.

You can find more local travel ideas in the Tarragona guide and the Catalonia guide.

Map of Montblanc and places to visit

Places to visit near Montblanc 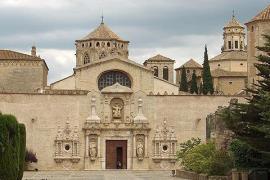 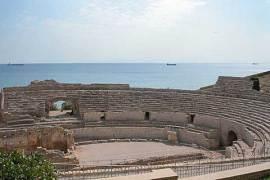 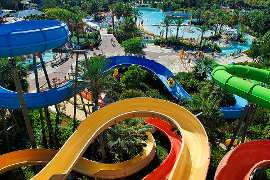 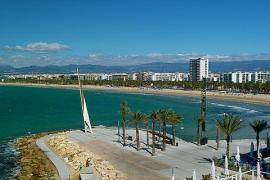 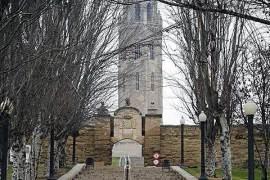 Lleida has a large ruined fort, La Suda, and an outstanding cathedral, the Seu Vell 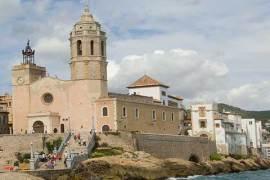