San Sebastian became popular in the mid 19th century when Queen Isabell II was advised to try regular sea bathing to help her skin problems. She chose San Sebastian and spending summer here became popular with her court and various aristocrats. Because of its new popularity the town needed to grow to accommodate its visitors and the town walls were demolished and new buildings built.

By the turn of the 20th century San Sebastian had become the most popular summer destination in Europe with European nobility and Queen Maria Cristina made the Miramar Palace the summer residence of her court. San Sebastian was experiencing its Belle Epoque and a lot of the Belle Epoque buildings are centred around the Romantic District and the Centre District.

The Romantic district sits to the east of the La Concha bay with the Historic District, or old town, to the north and the River Urumea to the east. A long pedestrian boulevard seperates the Historic Quarter from the old town and this tree-lined avenue is home to the beautiful Town Hall which when it was built in 1887 was the casino. In front of the Town Hall are the Alderi Eder Gardens full of beautiful Tamarisk trees.

Its location could not be more perfect with the La Concha beach to one side and Mount Urgull rising up behind. Radiating out from here in a grid pattern are the streets of the romantic district all of which are lined by beautiful buildings. Wandering through the streets and admiring the buildings is a pleasure. 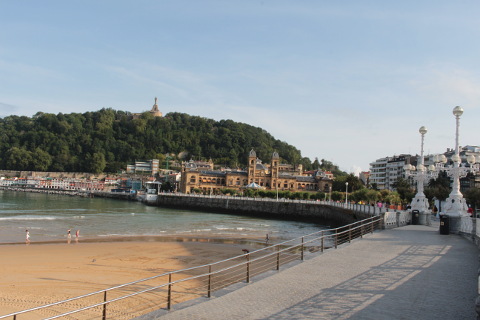 Particularly noteworthy are the Hotel Maria Cristina and the Victoria Eugenia Theatre. These sit next to each other on the edge of the River Urumea close to the Zurriola bridge. Both were built to attract tourists in the interwar period and succeeded very well.

The Maria Cristina Hotel has welcomed many famous guests and these include Bruce Springsteen, Brad Pitt, Elisabeth Taylor, Mata Hari and Richard Gere. Many have come for the San Sebastian International Film Festival, called the Donostia Zinemaldia, which takes place each year at the end of September.

Also head for Gipuzkoa Square where there is a charming French-style garden surrounded by the lovely Provincial Council building with busts of influential Basque explorers on the top of its facade.

The centre district includes the sweep of La Concha beach towards Ondaretta beach and there is a one hour, 6 km promenade along the beach to Mount Igeldo. As you walk along admire the beautiful and iconic railings designed by the architect Juan Rafael Alday in 1916. On a Sunday morning it appears that lots of the locals take to the beach in their swimming costumes and do a promenade from one end of the beach to the other and back again. Where better to have a morning walk?

The beautiful building about halfway along the beach is the La Perla Centro Talaso which was built in 1912. This beautiful spa sits right on the beach and is a fine example of the Belle Epoque architecture.

On the edge of the beach in prime position is the Londres Hotel is very beautiful and dates from the Belle Epoque era. The streets behind the beach are full of charming belle epoque buildings and many have the lovely enclosed balconies that are a feature of many buildings in the Basque Country. This is also the main shopping area of San Sebastian especially along Hondarribia street and Loiola street. 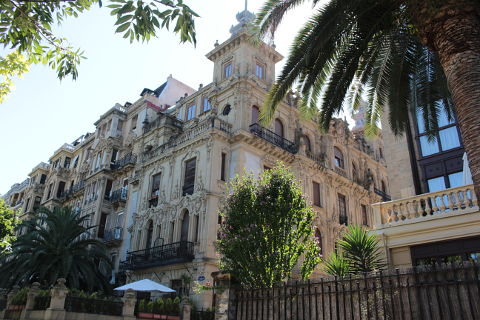 The Buen Pastor cathedral has a lovely position at the end of the pedestrianised Loiola street. The area around the cathedral is another good area for bars and restaurants though the old town is where most are concentrated. The 75 meter steeple is the highest building in San Sebastian and is a useful landmark for getting your bearings.

Near to here the Koldo Mitxelena Cultural Centre is another fabulous building and is often open for contemporary exhibitions.

The river Urumea deliniates the eastern edge of the Romantic and Centre districts and a walk along here reveals more fabulous architecture. You can also see the lovely Maria Cristina Bridge with its elaborate statues and attractive streetlights inspired by the Alexander III bridge in Paris.

The whole of Donostia-San Sebastian is beautiful, and definitely one of the most beautiful cities in Spain. As well as the Romantic and Centre districts the Old Town, Mount Igeldo and Mount Urgull and Antiguo are the main places of interest. Gros is home to the reknowned surf beach of Zurriola and is home to the Kursaal Conference centre and the Contemporary Kursaal Palace where the International Film Festival takes place. This area attracts many of the younger visitors to San Sebastian and has a vibrant art and music scene.

Photos of Centre and Romantic districts of San Sebastian

Places to visit near Centre and Romantic districts of San Sebastian 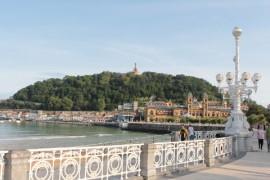 A beautiful town on the edge of the La Concha beach which is often said to be one of the best in Europe. 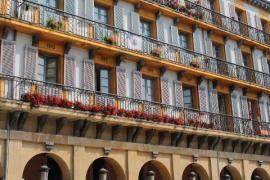 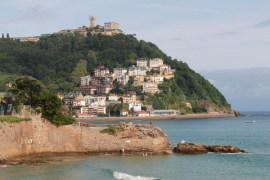 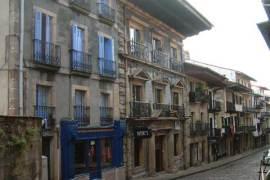 Hondarribia on the border with France has a beautiful old town. Its buildings are decorated with fine wooded balconies. 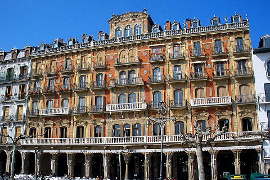 Pamplona is famous throughout the world for its bull-running festival that takes place in July every year. 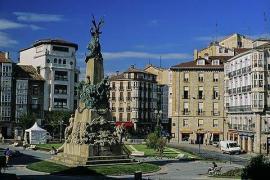 Vitoria is a pleasant town with some beautiful Renaissance palaces. It has a lovely arcaded main square.