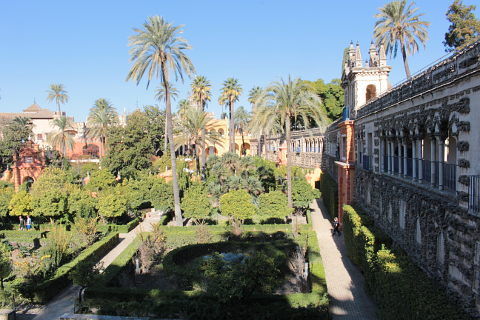 The Alcazar of Seville is a group of palaces and gardens that date back to the Moorish occupation of Spain. It is a beautiful example of Mudejar architecture and along with Seville Cathedral and the General Archives of the Indies is a UNESCO World Heritage Site.

Explore the Real Alcazar of Seville

The Alcazar was initially a Moorish fortress and then in the 14th century King Peter of Castile converted it to a palace but continuing the exisiting Islamic architectural style.

To the right is the Casa de la Contratcion which houses an exhibition of beautiful tiles from throughout the centuries. There are also some patio gardens to see. However the main building is the Palacio del Rey Don Pedro which faces you as you enter the Monteria courtyard. 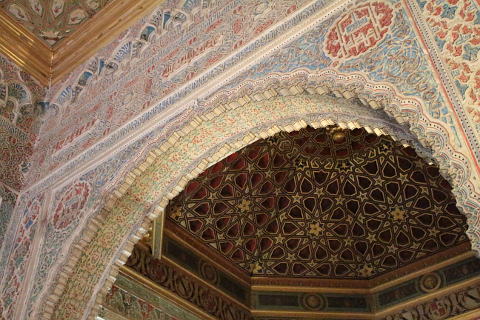 Patio de las Doncellas means "Courtyard of the Maidens" and apparently alludes to the 100 virgins demanded by the Moors every year as tribute from the Christian kingdoms of Iberia. In the centre of the courtyard is a pond with sunken gardens on each side.

The upper storey of the patio was added by Charles V in the 16th century and is a mix of Renaissance and Mudejar in style.

From the Patio de las Doncellas there is an arched doorway to the Salon de Embajadores. The arch contains inscriptions saying "only God is victorious" in Arabic. The walls are now hung with portraits of the kings of Castile.

The neighbouring Patio de las Munecas contains columns from the palace of Medina Azahara in Cordoba. Notice the female heads on top of the columns. 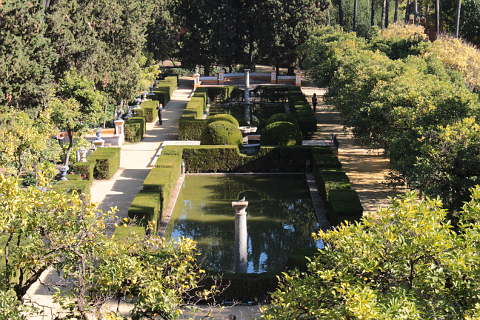 The gardens of the Alcazar are a highlight of the visit. They are stunning with their palm trees, fruit trees, clipped hedges and ponds, rills and fountains but above all the Galeria de Grutescos is magnificent. This is a Muslim wall transformed into an Italian loggia by Italian designer Vermondo Resta. From here you get a wonderful view over the formally laid out gardens and over the palace and ponds.

Various locations in Spain feature in Game of Thrones. The Alcazar of Seville and its water gardens feature as the town of Sunspear capital of Dorne, the most southerly of the seven kingdoms of Westeross. Visitors to the Alcazar were notably more during our recent visit to Seville and now you need to arrive early or prebook tickets to avoid a queue.

Other filming has taken place at the Alcazar including Ridley Scott's film "the Kingdom of Heaven" where the Patio de las Doncellas was the location for the court of Jerusalem, allbeit paved with marble rather than with its pool and garden.

Of course there are many more sights to see in Seville including the cathedral, the Giralda tower, the Santa Cruz district, the El-Arenal district and the Plaza de Espana.

Cordoba and Osuna are both beautiful town which can be visited in a day or overnight trip from Seville. Cordoba is home to the fabulous Mesquita and Osuna contains many fine Baroque buildings. Both are also Game of Thrones locations.

Ronda is a magical location which is well worth an overnight trip from Seville.

Photos of Alcazar of Seville

Map of Alcazar of Seville and places to visit

Places to visit near Alcazar of Seville 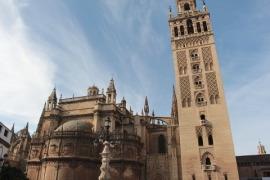 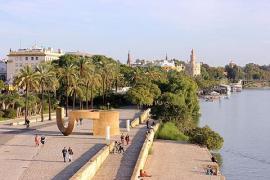 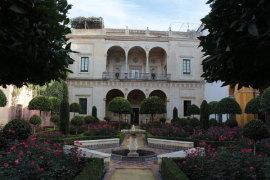 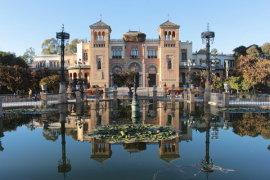 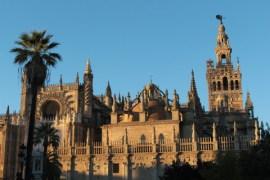