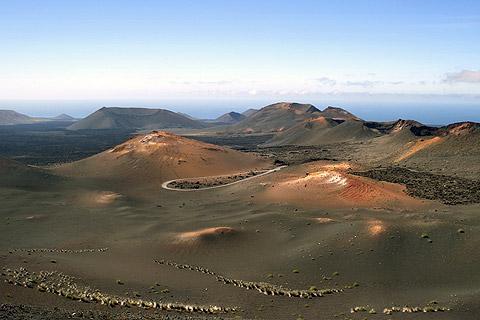 Timanfaya National Park is a Volcanic Park on the island of Lanzarote in the Canary Islands. This volcano park is Lanarote's biggest attraction and is visited by around one million people every year.

When the volcanoes erupted nearly half of the inhabitants of Lanzarote ended up having to leave and most of the arable land of Lanzarote was covered by the lava crust. Luckily no-one was killed by mountains appeared overnight, earthquakes shook the island and lava and hot ash covered much of the island. More than 100 volcanoes were involved in this cataclysmic event!

The entrance to the park is near the village of Yaiza. Once in the park you can take a short camel ride up one of the volcanic slopes for views across the parks. There are parts of the park that you can drive through to view the eerie alien landscape up close.

Then when you get to Islote de Hilario you can take a coach trip around parts of the park inacessible to cars (the price is included in the entrance fee). Guides at Islote de Hilario demonstate that one of the volcanoes, the Timanfaya volcano is far from extint. Branches pushed into crevises burst into flames and water poured into boreholes errupts as steam. Touch the ground and it still feels hot!

There is also a restaurant, the El Diablo restaurant, with fabulous views over the park. Cooking at the restaurant is done using the heat of the volcano - a cast iron grill is placed over a hole in the ground! Food is typical Canary cuisine.  Views are spectacular from the restaurant, especially at sunset. All in all quite an experience!

There are a couple of walks that you can do in the park, these are guided walks and you need to book in advance.

The route around the volcano park was determined by a local artist César Manrique and he also designed the El Diablo restaurant.

Puerto del Carmen is Lanzarote's most popular seaside resort and has some great beaches. A great contrast to a day spent exploring the lunar landscape of the national park.

Costa Teguise is another popular resort and has a resort complex designed by the same artist, César Manrique, who designed the restaurant and route round Timanfaya National Park.

Map of Timanfaya National Park and places to visit 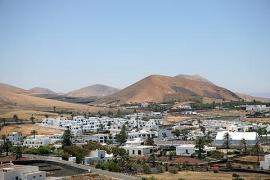 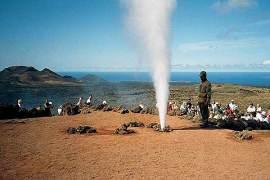 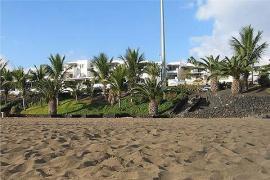 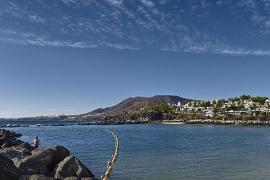 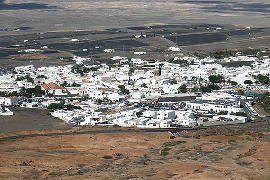