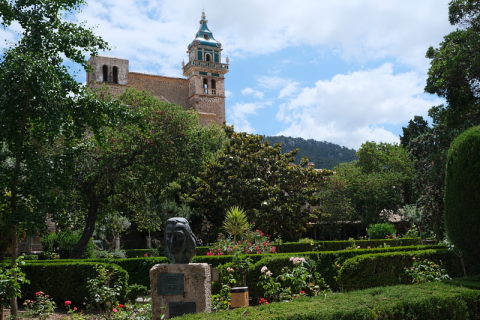 Valldemossa is on the island of Majorca (Mallorca) in the Balearic Islands. It is a little way inland on the western side of Majorca not far from Deia.

Valldemossa is a lovely town surrounded by mountains. Its monastery is one of the most famous sites on Majorca, indeed it gets the second biggest number of visitors after Palma's cathedral.

Surrounded by mountains and set above terraced fields the town of Valldemossa has a lovely setting. Surrounding the village are acres of olive and almond trees. Chopin apparently described Valdemossa as 'the most beautiful place in the world'.

The town itself is famous for its monastery, 'the Royal Charterhouse of Valldemossa', which began life as a palace built by King Sancho in the early fourteenth century. This was converted into a monastery in 1399 by Carthusian monks and called 'The Real Cartuja de Jesus de Nazaret'. Monasteries were confiscated by the Spanish government in the 1830s and Valdemossa Monastery became privately owned.

George Sand and her companion Frederic Chopin stayed in the monastery for four months during 1838-39 and the time is remembered, rather unflatteringly in her novel ' A Winter in Majorca'. In this novel she wrote about the beauty of Majorca but took rather a tough view on the character of the Majorcan locals. Chopin wrote some pieces whilst living in the monastery and the piano he played to do this is still there.

In the monastery you can visit the cells, the library and the pharmacy. Also in the monastery are works by Miro, Francis Bacon, Picasso and Henry Moore. Outisde is a beautiful garden. It is full of roses as rose bushes served instead of gravestones to mark the graves of monks who died here.

The village of Valldemossa climbs up the foot of the mountain and its narrow streets house plenty of bars and restaurants and some reasonable shops. Sunday morning is market day. A popular spot for lunch is Costa Nord owned by Michael Douglas and Catherine Zeta-Jones who have a house in Valldemossa.

Mallorca is a popular island for visitors wishing to stay in villas or 'fincas' (the Spanish equivalent of a gite) and its rural setting makes it perfect for such a holiday.

San Marroig - the former home of Archduke Ludwig Salvator is nearby and can be visited.

The beautiful village of Deia is only 4km away. The lovely resort of Soller is also nearby and you should definitely not miss a visit to the island's capital Palma de Mallorca.

Map of Valldemossa and places to visit

Places to visit near Valldemossa 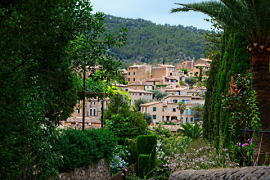 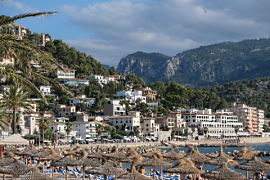 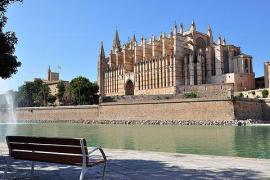 Palma is a beautiful city with a Moorish past. Visit the Cathedral, the Palau de l'Aludaina, the Castell de Bellver, Joan Miro's studio and much more. 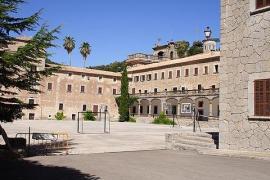 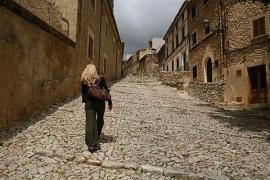