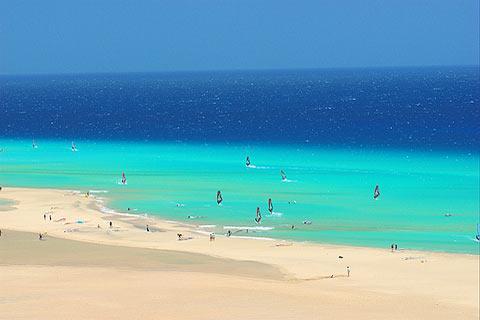 The Canary Islands are one of the main tourist destinations in the world and most visitors head for the Eastern Isles with their long sandy beaches and large resorts. There is a magnificent range of scenery from Sahara-like desert to thick forest and the old colonial towns are full of charm.

The Eastern Canary Islands Tourist Sites and Places to Visit

For a summary of the most popular sights in the region see also The Eastern Canary Islands places to visit. 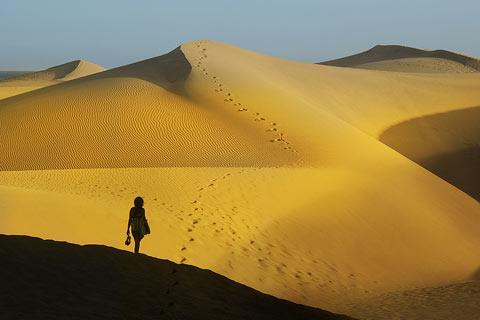 Whilst belonging to Spain the Canary Islands are located close to the northwest coast of Africa giving them their warm and sunny climate. The Canary Islands are made up of seven islands. Each one is the tip of hundreds of volcanoes which errupted from the sea millions of years ago and created the dramatic scenery that these islands are famous for.

Below are attractions and highlights of each of the eastern islands to help you get the most from your visit to the Canary Islands.

With mountains, forests, volcanic craters and sand dunes this island is a real gem. It is the most popular of all the Canary Islands and is very beautiful with a rather exotic feel due to its great diversity. The north is cooler and lusher but most tourists head for the large resorts in the south. 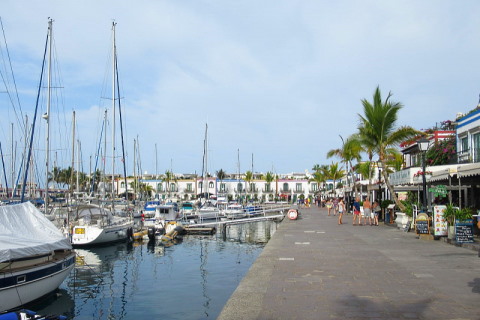 At the north of the island, Las Palmas de Gran Canaria is the largest town and its old town is a UNESCO listed historic site and not to be missed. It was the first city to have a main square with the main religios and administrative buildings of the town built around the square. A model which was later widely used in Latin America. Explore the lovely suburbs of Tafira Baja and Tafira Alta as well and visit the Gran Canaria Botanic Gardens.

Nearby Arucas is a charming town with a backdrop of mountains and a sub-tropical park.

Agaete on the north west of the island is a small, quiet resort perfect for those who like the weather a little cooler. Agaete is a small resort on a rocky bay nestled amongst the banana plantations.

At the southern tip is Maspalomas, a wonderful area of sand dunes and camels! Nearby Playa del Ingles is one of the largest resorts on the islands. If you are looking for something a little more sedate try the charming Puerto de Mogan a bit further round the coast.

Puerto Rico is another resort on the south of the island and has a great crescent-shaped sandy beach and water sport facilities.

Be sure to hire a car or take the bus and visit the dramatic mountainous interior of the island. Tejeda is a mountain village with fabulous views of the Roque Bentaiga mountains. Teror is an interesting village and pilgrim site.

The island has around three hundred volcanoes and the contrast of the volcanic landscape and the sea makes this island the most unusual and perhaps the most attractive. It is a UNESCO World Biosphere Reservation for its protection and conservation. 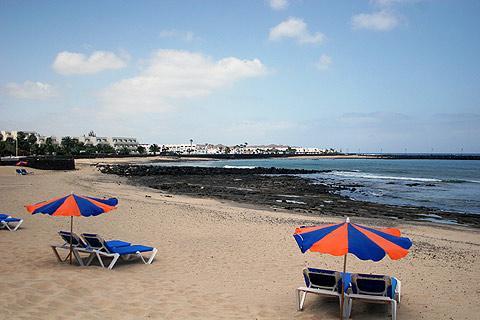 The dramatic volcanic scenery of Lanzarote along with some great beaches ensure that the island attracts lots of visitors each year.

The main resorts are Costa Teguise and Puerto del Carmen on the east coast of Lanzarote and Playa Blanca on the south coast.

Be sure to visit the interior of the island where the volcanic mountain scenery of Parque Nacional de Timanfaya will amaze you. The lovely village of Yaiza is on the edge of the National Park.

Another lovely village, this time in the north of the island, is Haria.

An island with very good beaches but the overall scenery is less spectacular and less attractive than the other islands. 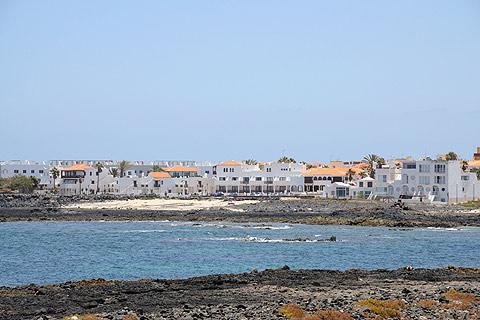 The main resorts are at Corralejo and on the Peninsula de Jandia. Both of these are also areas of Natural Parks of Fuerteventura. Puerto del Rosario is the main town on the island and the best place for shopping.

If you are looking for a bit more adventure visit Betancula on the centre of the island. It is a pretty village on the edge of a volcano and worth the drive for the moon scape surroundings. Alternatively head to Oasis Park near Tarajalejo for a botanic garden, animal park and camel safari!

National Parks of the Eastern Canaries

Gardens of the Eastern Canaries

Paradors of the Eastern Canary Islands

Map of Canary Islands - The Eastern Isles and places to visit