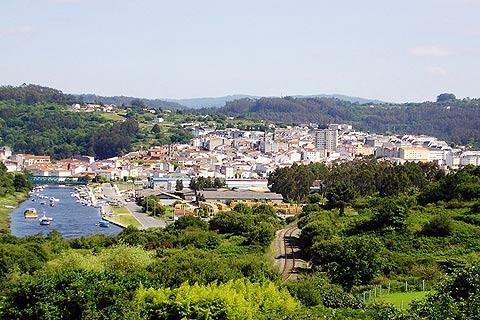 Betanzos is in the province of A Coruna in the Galicia region of Spain. Betanzos is considered to be one of Spain's most beautiful towns.

Betanzos is a beautiful town. It is situated on the Iberian Peninsula on the Rias Atlas. Betanzos is also know as Betanzos de los Caballeros and was once one of the seven provincial capitals of the province of Galicia. It has been declared a Historic-Artistic site particularly for its important Gothic monuments. Betanzos has one of the best preserved historical centres in Galicia.

The oldest parts of the town lie near the river estuary and there are still parts of the medieval walls, though these usually form parts of the houses. Near to the river the buildings tend to have glassed in white balconies, quite traditional to the area. 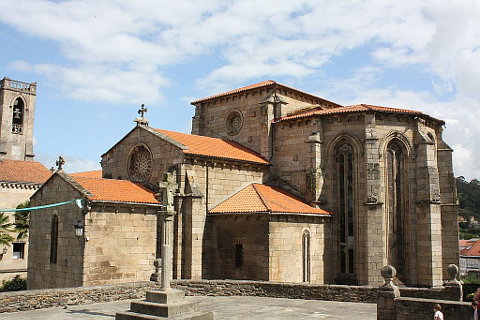 Enter the old town through the Arco da Pont Nova which is the original gateway to the town, and, not suprisingly, found near to the Pont Nova (bridge). The old town is built on a steep slope and narrow streets meander upwards. Ambling through the streets is a real pleasure. As you wander you will discover Gothic churches and many lovely houses.

Betanzos also has some fifteenth century defensive walls  and a sixteenth century tower. Many towns in Spain have some fine Modernista buildings and Betanzos is no exception. The Casa Nunez, Casa Liminon and Casa del Pueblo are notable Modernist houses.

Betanzos also has an interesting park called O Pasatempo which was founded by Juan Garcia Naveira who made his fortune in Argentina in the late 19th century and, with his brother, came back wealthy men and built hospitals and schools. The park has many sculptures and murals depicting the strange and wonderful things in the world. 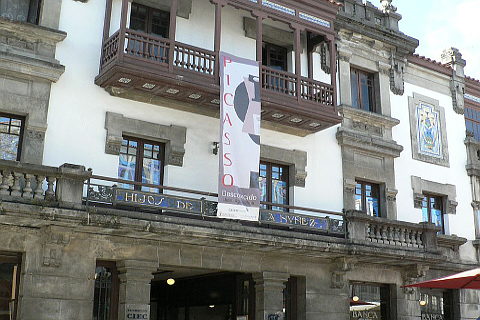 The Museo de la Estampa Contemporanea is an art museum with works by Pablo Picasso, Salvador Dali and Joan Miro amongst others.

Also in the region is Lugo which is completely surrounded by massive Roman walls. These are a UNESCO World Heritage Site and its cathedral is modelled on that of Santiago de Compostela.

Map of Betanzos and places to visit

Places to visit near Betanzos 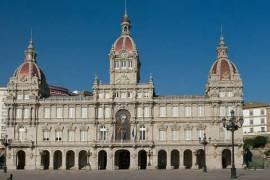 A Coruna has a busy port and one of Europe's oldest working lighthouses, the Torre de Hercules. 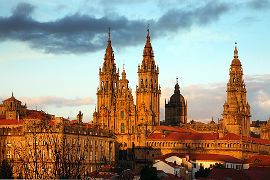 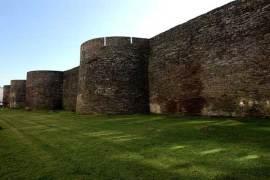 Lugo is a UNESCO World Heritage Site on account of its Roman wall which circles the city and has ten gateways.